WHO AM I ? : MaryAnne Piccolo 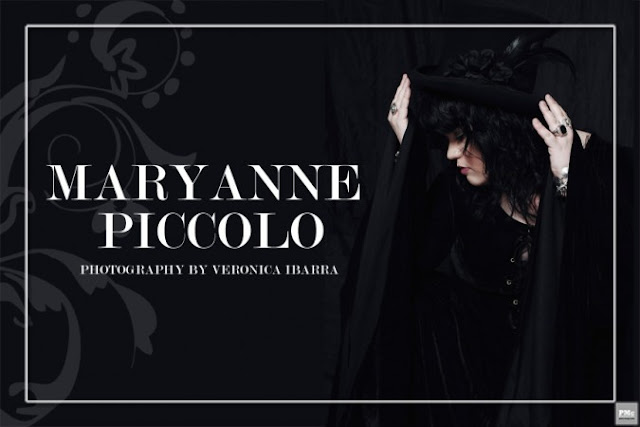 1: Who am I?
I am MaryAnne Piccolo. The name is ethnic, not instrumental. Many people call me Map for short. Most of my friends affectionately call me just Mappy.

2: What do you do and what project are you currently working on?
I am a performer. I am a character actor predominately working in musical theater. I just finished a run of the zany rock n’ roll roller skating musical Xanadu which ran this summer in Park Slope. My niche is really in contemporary and edgy pop and rock musicals. With that being said, I am also a vocalist and have my hands in many pots outside the musical theater world. I am working on some really exciting projects with a few musicians including a demo for a new musical. I am also a teaching artist. For my next project, I will be  joining forces with the incomparable Mike Greco and his band Tribute. We will be fronting a Fleetwood Mac/ Stevie Nicks tribute band. I am so pumped to be on board for this because the talent and musicianship involved are tremendous. It’s a vocalist’s dream to get to sink your teeth into material like this, not just because of the fantastic melodies, but for the storytelling demanded by a catalogue like this.

3: Where are you from and where are you going?
I was born and raised on Lawn Guyland as they say, or rather I say. I moved to New York City in 2001 and soon after, I hit the road for work. Between touring and regional gigs I have performed in I think around 43 states, Canada, and Europe. I would say one of my favorite contracts was playing at the Edinburgh Festival in Scotland. It was wild. Where am I going? Onward and upward I hope, while conquering anything that may be in my path.

4: Who is your biggest hero?
I have two heroes: my parents. In their own ways they both taught me that hard work and dedication can pay off and that any goal is obtainable. You just have to figure out  your journey to get you there.

5: What book is your bible?
I honestly do not have a book that I live by, and I don’t really read for pleasure much anymore as I am half way through graduate school and most of my reading is for research. But if you want a wild read I recommend I’m with the Band: Confessions of A Groupie. The book is a memoir by Pamela Des Barres recounting her escapades of the late 1960′s and early 1970′s. And if you really have time on your hands, you can follow it up with Take Another Little Piece of My Heart: A Groupie Grows Up where she ends up living alone with her two cats, Dupi and Tupi.

6: What are some things you love? And some things you hate?
I love my family and friends. I also love singing, dancing, laughing so hard I almost pee, really good iced coffee, fashion in the 1970′s, killer boots, bunnies, and anything black leather fringe. I hate people with a sense of entitlement.

7: What is your raison d’être?
My reason for existence is to create art that inspires people to live the best life they can. As a teaching artist, I use a phrase with my students: aspire to inspire!

8: What is your favorite color?
Paint it black!

9: Who is your favorite comic book superhero?
I was never really into the whole comic book superhero deal as a kid. As a very young child I did however watch WWF (now known as WWE) with my uncle, and I was obsessed with it. I think it was because it was very theatrical; the props and costumes back then were fantastic. It was also around the time of the birth of MTV and almost every WWF wrestler had a theme song and music video. I knew them all, owned the record, and had special choreography to each song. If I had to pick a favorite athletic-fantasy-man-in-a-crazy-outfit-from-my-childhood it would undoubtedly be The Ultimate Warrior. He was just badass.

10: What is your favorite NYC hot spot?
I would have to say my favorite party in NYC is Breedlove’s Magic Monday. Over the years it has changed venues a few times, but it has finally made its home at Tammany Hall. It’s always a blast with different guest performers and artists each week, but you can always count on being crooned to by your host with the most, Breedlove. Breedlove and I have been friends for over ten years. He is my family and literally one of the most talented giving beautiful people you will ever meet.

12: What would the last question of this questionnaire be if you were the one asking?
I would probably ask something like what is your favorite beauty secret or regime that you swear by? I feel like you never know what tricks people have up their sleeves and if it helps me not get wrinkles or sleep better I want to know the tricks.
—
MaryAnne Piccolo is a New York City based artist. She is a woman of many hats, and all of them fabulous. She is a professional in theatre world with credits that include a variety of regional work, international gigs and a 1st national tour. She is a stand out amongst her peers not only because of her edgy look and rock infused vocals, but she has comedic chops to spare. As a vocalist, MaryAnne’s versatility allows her to cross over genres with great ease. Although she is classically trained and specializes in musical theatre, her heart is all rock n’ roll. MaryAnne is also a freelance teaching artist who works with up and coming young artists as well as working professionals. Her teaching artistry is deeply rooted in story telling, narrative, justification, and empowerment. She aspires to inspire her students to take control of their art, own it, love it, live it and change lives with it. For more information on current productions, events, or private coaching please visit www.maryannepiccolo.com.

Edited by Ceara Maria Burns
Photography by Veronica Ibarra
Design by Jillian Mercado
Contact Jillian Mercado if you’re interested in becoming a “Who Am I?”
—